Excited to have a guest post sandwiched between two FI Action Series posts! Lily is a very creative, energetic writer and puts my money mapping skills to shame. Be sure to check out her site –  Take it away Lily!

Dedicated readers of Apathy Ends, you have good taste.

I’m Lily over at The Frugal Gene. I share our lives and finances with our readers with openness. My husband and I scrimp, save and work our bums off to save over 6 figures a year in the grandest pursuit of financial independence. We live car-free, and moonlight as your pillow fluffing hosts on Airbnb. Follow along if you like a little humor with your morning money read.

Is Withholding Investing Knowledge a Form of Protection?

I struggled for a good week after Satan (Mr. AE: Long Story, I am Satan) ordained me to come up with a unique post about investing/money saving techniques. I don’t think this one has been addressed very much in personal finance. It is a rather odd story, and I was hoping AE’s readers could help solve the mystery or add their two cents.

I also want this away from my own blog in case the family reads this someday. *Evil laughter.*

Let me just disclaimer that I love my husband’s family.

Even Jared’s big brother who I physically assault sometimes during our Christmas family…um..gift wrapping turned into balls of paper ammo to chuck at your loved ones…quality time.

Jared’s parents are genuine, salt of the Earth people. They give out homemade cookies every Christmas to the neighbors and they make applesauce with the apple trees from their backyard during harvest to share with the community. Jared’s grandparents, who are in their 90s, still drive out to volunteer at their local church at least twice a week.

Dad and Grandpa are both successfully retired. They are respected men of their community.

But it has always puzzled me why Jared’s father and grandfather never taught him even the basics of investing. I wrote about his series of dumb luck situation just yesterday so this post wouldn’t seem so one dimensional.

Basically, when we first got married, it was clear I had to be the one to take control of investing the money. I had to tantrum and scream for what most people consider a “must-do” for wealth building.

The first $20,000 we invested was my savings, not Jared’s. He followed behind, after about a week of no communication.

I deduced that Dad and Grandpa probably didn’t invest their money because of how fearful Jard seemed to the topic of investing.

Last Christmas, I dug up the topic of personal finance and inquired their opinion on the current state of the market to see if they would bite.

They were happy to give their two-cents on my question – although they never made much eye contact with me, only to Jared… Perhaps from their era, they didn’t see the need to involve the wives in the discussion of finances. Jared’s mom was fine with that. Whenever there was talk about money or investments, she gets up to fetch lemonade for everyone, tidy up or help out with the grandkids.

But I wanted to sit on that table and listen to them forever.

It was obvious that both Dad and Grandpa knew how to invest and they knew it well. So that’s a strike on my first hypothesis.

It bothered me. It bothers me so much that I think about that dynamic once or twice a month randomly.

Why would a parent not teach their child something as important as having your money work for you? Why did Dad not teach his 4 grown and fully capable adult kids about investing? Not even the basic principles of it, at all?

For me it was easy, my parents can’t read the menu at a McDonald’s. There wasn’t even a need to assimilate because Chinatown is a huge cultural feedback loop. They didn’t know English (and still don’t) and they definitely didn’t know anything about investing. My mom still warns me that I was throwing my money away by investing it. My father said I was “disobedient” for not listening to her.

Everything my parents have stashed away for the past couple of decades has been deposited, in cash form, into a safety deposit box. Every scrimping and every sweat of labor. They’re very proud of their meager $30,000 stash.

I haven’t broken it to them that $30,000 for retirement after decades of living in poverty and working in low-level labor is not even remotely good.

On the other hand, Jared’s Dad and Grandpa did a lot better for themselves.

Both Dad and Grandpa were successful businessmen. During the WWI, Grandpa was whisked away from university. He became one of the engineers responsible for blowing up German bridges. After the war, he moved into management and became a high ranking executive at Pacific Gas & Energy. He was responsible for managing one of the biggest energy infrastructure ever built in U.S. history. Under his actions, U.S. made power available all the way from the state of Arizona all the way to Oregon.

Jared’s Dad took it from there and became…there’s no modern vernacular comparable…his “liaison role” predated the way PG&E developed itself as a company throughout the decades. These guys knew what they were doing.

Perhaps they were not successful at investing so they never taught it? That was my second hypothesis.

Turns out, Dad and Grandpa have very similar personalities. They both like to take calculated risks. Jared’s Dad has invested every cent he has ever made. He has never touched or taken out any of his investments in the 40-something years he’s been investing.

“I just let it ride when those around me panicked. You kids have it good now. When I started, IRAs and HSAs didn’t even exist. IRAs were introduced in the mid-70s. Boy, was I happy!”

Grandpa nodded along, reflecting on his childhood as the son of French immigrants during the Great Depression and the lessons from that. Since he’s retired, he has most of his savings in bonds and treasuries. Jared’s Dad never trusted financial advisors and he handled both his family’s finance and his father’s finances with his accountant brother.

“It’s just me and Morningstar (his investment research firm of choice.)”

These were seasoned men who have learned the ins and outs of the markets. They have mucked through the ups & downs with proficiency.

Alright, so then what? What’s with the active withholding of knowledge? Is the world ending soon?

I guess it bothers Jared too. He recalled once that his Dad said in passing to Grandpa, “none of my kids have the personality of a good investor.”

Dad did teach savings though. When Jared left home after college, his Dad even gave him a budget that allocated the rough numbers of what he should put away for rent, food, entertainment etc. His Dad also set a lifetime example of frugality; it’s exactly like something you can read off the pages of The Millionaires Next Door.

That’s all you need to build wealth right?

No, of course not!

Inflation is a total rat.
From what Jared told me, I’m assuming Dad didn’t think any of his children would have the endurance to keep level-headed during a downturn. But it still seemed to me like a raw form of over protection to assume that.

Jared and his 3 brothers and sister are doing well. They’re all college educated, intelligent and successful in their own careers. I believe investing is an important topic to teach your children.

Jared’s parents even gave him The Birds and The Bees talk!

So why not investing?

Knowing my husband – I can say with factual knowledge that he indeed does not perform well under pressure. So Dad has a point. Jared might not have the mentality of an investor but what about his wife? Isn’t there other X-factors in that equation?

I believe Jared and I are levelheaded together. And how about developing technology in the world of finance? Robo-investors anyone?

Jared’s two sisters have struggled with investing. Last Christmas, one of Jared’s sisters lamented to me that the financial advisor they hired has made “every wrong call” for 2 years now. Amidst a bull market! There are some investors who are making 30% annual returns. Jared’s sister told us that would have been better off today had they “buried that money under the mattress” after inflation and management fees.

Jared and I averaged about 22% in returns last year, after I picked up a few Bogle books from the library and read through them. If a vapid housewife like me figured out the basics then trust me, it’s not astrophysics.

I wish I had a better conclusion, I really do but I don’t want to be responsible for giving anyone criticism in their child-rearing. I am not in a position to intrude or inquire on what someone chooses or doesn’t choose to teach their children. Perhaps it would be best if Jared and I just saved our money without investing. We haven’t endured a real downturn yet – who knows what we’re capable of doing during a panic? 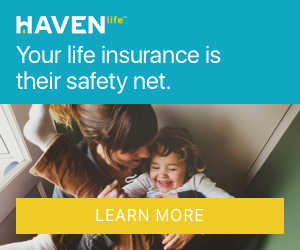